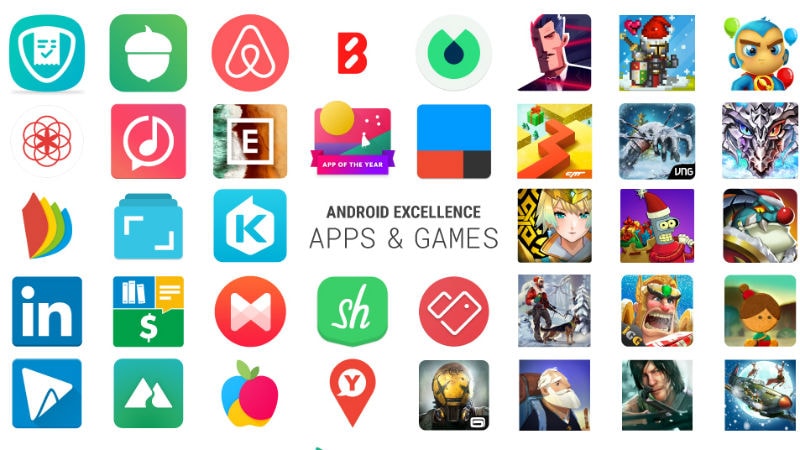 Continuing the tradition of publishing a quarterly collection of the top games and apps, Google has announced the best Android experiences of Q1 2018. Google Play has revealed the latest group of ‘Android Excellence’ apps and games. These apps represent the top performing apps and games on the Play Store. The list includes 22 new apps and 16 games that made the cut for the first quarter of 2018.

Android Excellence is divided into two collections for apps and games. According to Google, the factors taken into consideration are: user experiences on Android, use of best practices, design, technical performance, localisation, and device optimisation.

Among the listed apps, 1tap is the best app for the first quarter of the year on Google Play. This app expenses for freelance businesses. It features a receipt scanner and an automatic IRS tax tracker. Second in the list is Acorns, which is an investments app with over 2 million users. It is paid app with a portfolio of ETFs of over 7,000 stocks and bonds. At the third place is the popular Airbnb app. This app hosts an online marketplace and hospitality service for travellers, for short-term lease or rent. At the fourth sport, is the ‘Blink Health’ app which provides discounts on prescription drugs. The New York-based digital health startup is currently available for US citizens. At the 5th sport is Blinkist. Aimed at professionals and businessmen, this app provides lessons from over 2000 non-fiction books in 15 min or less.

As per the Android Excellence games list, Agent A topped the charts. It was also selected as one of Google Play’s Android Excellence Games of 2017. It is a first-person, point-and-click adventure game for iOS and Android. Second in the list is Bit Heroes which is a Massively multiplayer online role-playing (MMORPG) game played in 8-bit & 16-bit. At the third place is ‘Bloons Supermonkey 2’, a game where users have to play as a Super Monkey to pop ‘bloons’ (balloons). Next in the list is Dancing Line, which is a game to test reflexes and rhythm skills. This game requires users to tap on the mobile screen based on several soundtracks. At the fifth position, is the popular DEAD WARFARE: Zombie game. This game is set in 2072 in a world filled with Zombies. It is an adventure-FPS game.

There are many other apps and games in the list, and some of them feature on Google Play’s Editor’s Choice list as well. Additionally, Google has also listed out some

15.The Walking Dead No Man’s Land